Viewpoint: A Commentary on Christmas

The woman was heavy laden with child, and her husband looked at her with concern. Of course, he had to go. The census was mandatory. As he regarded his wife, he knew the journey would not be easy.

What is a few hundred miles or kilometers today? Catch a train to Hamburg from Frankfurt, Germany, and you arrive in four and a half hours, a plane ride from Augusta to Atlanta, Georgia is fifty-five minutes. However, this man did not have these comforts. His Mercedes-Benz was a donkey.

He observed his wife as he pondered over the trip ahead. Leaving her behind was not a consideration; in her was the hope of the nations, the salvation of the human race, and a shiver went through him as he thought of what could happen ahead. Thieves and robbers on the route and a desert where the temperature dropped at night were between the two cities, and ninety miles on a donkey was not a one-day ride.  He figured he might be able to travel 10 miles a day, but even that would be hard considering that she was heavily pregnant with child.

Today the significance of this event has been revised; the hardship erased. The importance of this Child’s birth has fallen into abnormality.

Soon, it is Christmas.

For me personally, it is the time when I reflect backward to that birth in Bethlehem with Thanksgiving in my heart.

His birth changed my life and gave me a vision with purpose;

The Son of God came to earth so that I could have the right to be accepted in the Beloved.

Merry Christmas to you, 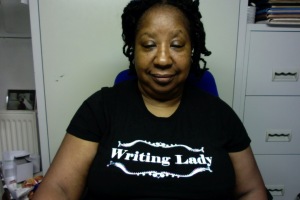